Even though business travel and industry events are now back on the agenda in the telecom world, and have been for much of this year, it was still something of a novelty to head to Copenhagen recently for the TM Forum’s Digital Transformation World event and be in the same space as about 3,000 other people all focused on meeting others, sharing insights and doing business. This was the first annual DTW event since 2019 and, as the focus is on the digital strategies and developments of the communications services sector where so much has changed in the past three years, I was prepared to learn about a lot of notable advances, changes and innovations.

The main takeaways for me were the assimilation of the hyperscale public cloud giants into the community of companies aiming to move things along for the telcos, and the presence of vendors that are part of network operator groups (Rakuten Symphony, Jio Platforms), as I noted in a previous article – see DTW: The digital light at the end of the telecom tunnel.

But what did the smart folks that track and report on this sector – the industry analysts – take away from the Danish capital?

Analysys Mason research director Jason van der Lande also noted in his post-event blog the “arrival of Google Cloud as a TM Forum member and exhibitor alongside AWS and Microsoft Azure, thereby reflecting the importance of the telecoms market for all of them”, and the presence of what he calls “operator technology initiatives” (the aforementioned Rakuten Symphony and Jio Platforms) at the show. The Analysys Mason analyst also rightly pointed out that Finland’s Elisa is also a member of that particular set, courtesy of its Polystar unit, which recently expanded its portfolio with the acquisition of Cardinality.

“Time will tell how each of these operator technology initiatives will fare against solutions from more-established vendors, but the ability of these new players to test their products on their own networks and services is difficult to fault,” noted van der Lande, highlighting a key selling point for these hybrid outfits. He also provided insight into the increasing popularity of software-as-a-service (SaaS) options among telcos, how common application programmable interfaces (APIs) are now gaining traction in the industry, and the growing importance of energy efficiency – check out his blog, here.

For Martina Kurth, founder and CEO at Telco Republic, the telco sector is still battling many of its operational demons. “Telecom providers are still grappling with how to solve back- and front-office complexity, an issue which seems to be exacerbated by 5G, cloud migration and renewed focus on B2B. The TM Forum’s initiatives (APIs, ODA [open digital architecture]], Catalyst projects, etc) have been gaining traction but they alone won’t solve the complexity challenges,” she noted in comments shared with TelecomTV.

“That’s why many of the same buzzwords of yesteryear remain on top of the agenda, such as digital transformation, consolidation, ecosystems, network automation, etc. Telco Republic expects them to remain on the DTW 2023-24 agendas and beyond,” she noted.

As for the relationship between the communications service providers (CSPs) and the hyperscalers, Kurth explained: “There is little consensus among CSPs about how to go about migrating to the cloud, or whether the public cloud is more suitable to their needs than the private cloud. The likely scenario is a gradual migration from an on-premises/public cloud mix to fully fledged public cloud throughout the next 10 years.”

Of course there are some early adopters. The telco chief picked up on one of the more popular keynote speeches from the event, given by Jon James, the CEO at Nuuday, the servco subsidiary of Denmark’s national telco TDC that is shifting away from its legacy IT system to run its vital support systems on a public cloud platform – see How Jon James slayed the Nuuday IT dragon. “Nuuday’s structural separation might be a cloud bellwether for the industry, which will be replicated across the industry, particularly in Europe,” she noted.

The “fear of vendor lock-in” was another topic that resurfaced in Copenhagen, noted the analyst, and again there is no consensus. “Some CSPs prefer simplification at the cost of hyperinnovation, be it product wise or in the context of public and private cloud providers. Others want the latest innovation bells and whistles and are willing to swallow exponential development and integration tax. And then there are CSPs who think they can do a better job developing software in-house,” noted Kurth.

“Telco Republic leans towards the view that a multivendor approach will be dominant, even if it might not be the most efficient business model. According to our research, there are around 200 active OSS and BSS startups [that have been] founded since 2010, not counting merged and defunct entities. CSPs will always look for technology innovation that the established vendors don’t provide and that they can’t create internally,” she concluded.

That many of the topics and conversations were the same in 2022 as in 2019, when the event was still in its long-time home of the Acropolis Centre in Nice, was also an observation made to me on the show floor by Francis Haysom, principal analyst at Appledore Research. He also believes that “there are still too many people looking for the killer use case and being pressured to find it, but it doesn’t exist.”

His colleague, consulting analyst Robert Curran, noted in his post-DTW blog that there was a “surprising number of new startups continuing to enter the market. Surprising because some of these are solving problems that we all assumed had been solved, or that established vendors already have a strong advantage in (such as NWDAF). All the same, it is to TM Forum’s credit to give aspiring young companies (and talent) airtime and floorspace,” stated Curran, referring to the Startups Pitching sessions that gave new companies five minutes of pitch and Q&A time to put their case to event attendees (a great idea). One of those companies was Ikue, which pitched up in Copenhagen with some fresh funding and a customer data platform proposition for the CSP community – see Startup sources seed funds to tackle telecom’s customer data Achilles heel.

Maybe the traditional telecom software vendors aren’t on the ball? They weren’t as vocal as one might expect during the show, with Curran noting there was little in the way of product introduction news during the event, though he did call out ServiceNow’s entry into the telecom network inventory space (as part of its new Tokyo release) and Nokia’s charging-as-a-service announcements as exceptions.

Curran wasn’t the only person to call out ServiceNow as a company that stood out a bit more than others during the event (and it didn’t even have a booth on the show floor) – one to watch out for in the coming months it seems. 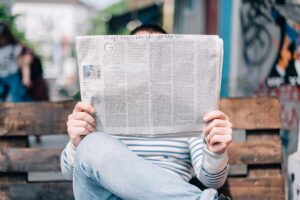 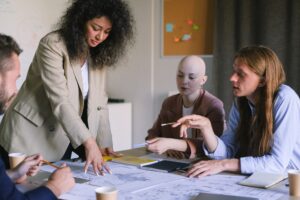 Can you believe that September is over already? It seems to have disappeared in a blur of back to school, political mayhem and bonus bank holidays. And so, it’s time 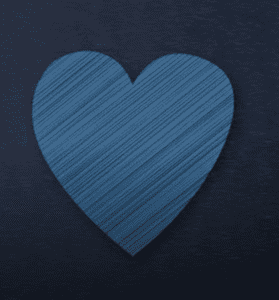